I recently finished up Beachbody’s 22-Minute Hard Corps program. Although I didn’t have the foresight to write down my thoughts before starting, I did have some insights to share at the halfway mark and finish line that I wanted to share with you. I’m hoping that my 22-Minute Hard Corps review will help you decide if this workout program is right for you.

I was anxious to get to this point as I could already feel the difference in how I felt, and my wife said she could already see a physical difference. I was most excited about the half-way PT test that would measure my improvements in terms of number of reps I could do of various basic exercises (push-ups, pull-ups, etc.).

The PT test was done on Sunday – typically a “rest day” for the 22-Minute Hard Corps program. I’m noticing this a lot with Beachbody programs – Sunday is often a rest day and designated for meal prep. At first I didn’t like this, as I have more time to work out on weekends than I do during the week, so not working out on a Sunday seemed like a waste to me. I’ve adapted, though, and quickly learned to appreciate those Sundays off from jumping out of bed and hitting the exercise mat.

So when Sunday came, and I was like a kid on Christmas. My wife has been helping  with the PT tests by running the stopwatch for me, and I think I was dangerously close to driving her nuts. I was anxious to see my progress.

Sure enough, almost everything was improved – and fairly noticeably. My Beginning and 4-week stats are below:

The increase in number of push-ups and squat thrusts gave me a great feeling of accomplishment. I don’t think I have ever been able to do more than 20 push-ups in a sitting, and I was able to pound out 35 in under a minute!

However, I was disappointed with my pull-ups. Based on my regular workouts, I would have guessed my number to be closer to six, or even seven, but my improvement of only one over my initial stats was a little discouraging. Hey, it’s still an improvement, though, and there is always my final PT test after Week 8, so here’s to looking forward!

I wasn’t disappointed with my jumping jacks — more surprised, really. Knocking them out at a fairly rapid pace, I’m not sure how I could have fit more into the minute I was given. I shrugged it off and just told myself that I would have to remember to go as fast as possible in my final test.

After completing my PT test, I cheated a little and had my wife do measurements and take another picture of me. Generally, you do measurements and pictures before the program starts and after it ends – not at the halfway point. I was impatient and really looking for that motivation to push me through the next four weeks.

Despite her encouraging words about my physical appearance through the past couple weeks, I stood there waiting for her to take my frontal picture, and her assessment was, “You don’t look any different.”

So we took the frontal and profile pictures and moved onto measurements. This part made my day:

This was exactly what I was looking for to get me really excited to finish out this program. Not that I needed it – I was feeling pretty good about seeing this through anyhow – but it gave me the extra push to really propel me into the next four weeks.

Armed with my measurements, I was bound and determined to find the difference in my before and after pictures. I loaded them onto my desktop and opened them side-by-side in Photoshop.

My wife was right – from the front, there was barely a noticeable difference. There was a difference, though, so I was happy with that.

Now, here’s where it got exciting:

Wow! I rarely look at myself from the side (go figure) so this came out of the blue for me. I had a family cookout the next day and couldn’t help myself from showing the picture around. The improvement I had made in just four weeks blew me away.

Overall, the first half of my journey through 22-Minute Hard Corps has been easy to implement into my life. The 22-minutes-a-day sometimes turns into around 30 minutes as I pause the video to catch my breath, but it is still very manageable to work into my schedule.

The workouts are easier than I expected in terms of being able to complete them in good form. I’m not struggling to balance or to figure out how I am supposed to be positioning various limbs. They are straight-forward exercises that are easy to learn.

The intensity, however, is much greater than I expected. Watching the videos the night before gave little indication to how much sweating I was going to do. Most days I’d be halfway through the workout, and sweat was dripping off me.

Those three points – ease of implementation, ease of mastering the moves and intensity of the exercises — are a perfect combination for me. As I start Week 5, I haven’t gotten bored with the program, I’m still working my body hard, and it’s not getting in the way of the rest of my life. My halfway assessment of the 22-Minute Hard Corps program is all positive.

Well, I did it. I finished the entire eight weeks of 22-Minute Hard Corps. I’m pretty proud of myself and my accomplishment, and I definitely feel great. However, the second half of the program didn’t have as much impact as the first , so I’m definitely not as excited as I was at the halfway mark.

Let’s talk first about the good points. I feel healthier than I have in a long time. It’s absolutely amazing what 22 minutes a day can do. “Feeling healthier” is a vague statement, though. What do I really mean?

I used to hardly ever get headaches. Up until I got a desk job, I would average maybe one headache every couple of months – if that. For the past decade, though, I’ve gotten headaches regularly and frequently. Be it sleeping wrong, grinding my teeth while sleeping or being slightly dehydrated, every little thing would cause a headache for me.

Since working out, I am back to very infrequent headaches. In fact, I can’t remember having a single one since the first week of 22-Minute Hard Corps.

Now, to be honest, I’ve also made other changes to my lifestyle. I drink more water and am more relaxed when falling asleep. However, I have made these same changes in the recent past with only mild improvements. This is the first time I have gone this long without a single headache.

This overlaps somewhat with not having headaches, but part of the reason I am sleeping better is because I am working out. Working out is an excellent stress reliever, and I don’t know about you, but most of my sleeping issues came from stress.

I am now able to fall asleep much quicker and have much more restful nights. Before starting 22-Minute Hard Corps, I would get about eight hours of sleep and still wake up groggy. Now I have been able to bring my regular night’s sleep down to six hours and generally wake up at 4 am before my alarm.

I am less stressed in general. Are you starting to see how all these things intertwine? I already mentioned how this affects my sleep. Additionally, since working out regularly, I am less likely to respond shortly or with anger to my kids and my wife. Finally, because I have less stress, I am a happier person in general throughout the day.

Before starting 22-Minute Hard Corps, I struggled to get anything done once I came home from work. Housework, projects around the home and my business all suffered because I didn’t have the energy to contribute during what few non-work hours I had each day. Once the kids went to bed, my regular routine was to plop down on the couch and watch TV.

Now I am far more productive in the evenings than I have been in a long while. I generally get home before the rest of the family. I cook dinner, clean the kitchen afterwards, and still have energy to spare. Once the kids go to bed, the laptop comes out, and I can usually fit a couple hours of work in on the business. In fact, I usually have to force myself to stop in order to get to bed on time.

Getting back to the program, the final weeks of 22-Minute Hard Corps had some downsides. It’s still a great program, I just struggled more in the second half than I did in the first, but not because the routines were tougher (though they were). Here’s why:

I literally saw no improvements across the board from my four-week check-in to the final check-in. My measurements, weight and PT Fit Test all stayed the same. Now, given the great results I saw during the first four weeks, I can’t really complain overall about my improvements from the program. However, it wasn’t as motivating through the last half not seeing the improvements in my physical appearance.

Sure, the routines got harder overall, but they were still the same routines. 22-Minute Hard Corps has six general routines: three for cardio and three for what they call “resistance.” Toward the end of the program, the repetitiveness of those same six routines really starts to get boring. This makes it more of a struggle to get yourself excited to work out. If you’re not excited to work out, guess what? You won’t work out. I pushed through, but there were definitely days when I struggled to hit play on that video.

All in all, the program was a hit. It was the perfect thing to get me started and give me a confidence boost to move into my next program – P90X3. I would have liked a little more variety, but the trade-off was the brevity of each workout. The fact that it’s only 22 minutes made it very easy to work into my morning routine, and yet I still saw physical improvements half way through the program.

My Final Stats and Measurements 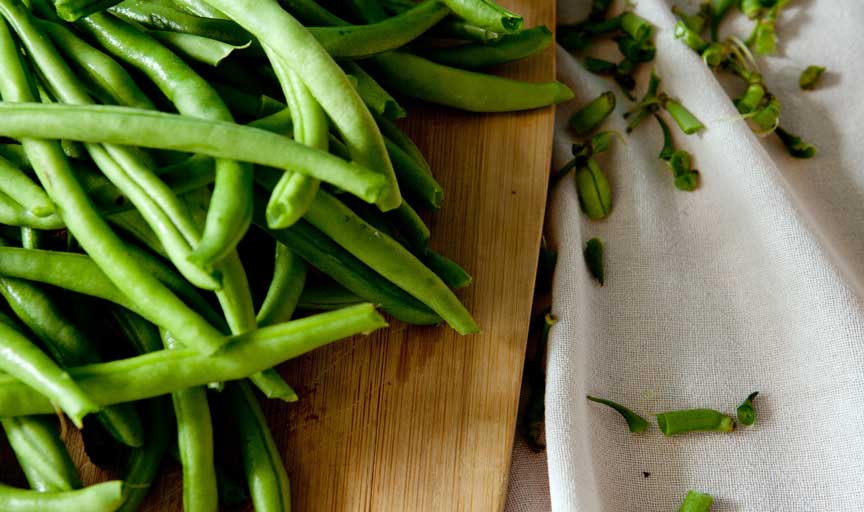 I have to say it has been a pretty awesome week! The Pats won the Super Bowl, and lots of snow in New Hampshire means snow days for the kids and work from home for mom and dad so that is a […]

Week three is when I really kick it up a notch! I will be doing double workouts (see week 1 for the workout schedule) and for the last three days, I will be doing the 3 Day Quick Fix. In addition, my 21 […]

am so excited about this round of 21 Day Fix! This was the first Beachbody program that I ever completed and I revisit it on occasion but I haven’t done a full 21 day round in about two years.  I recently joined […]